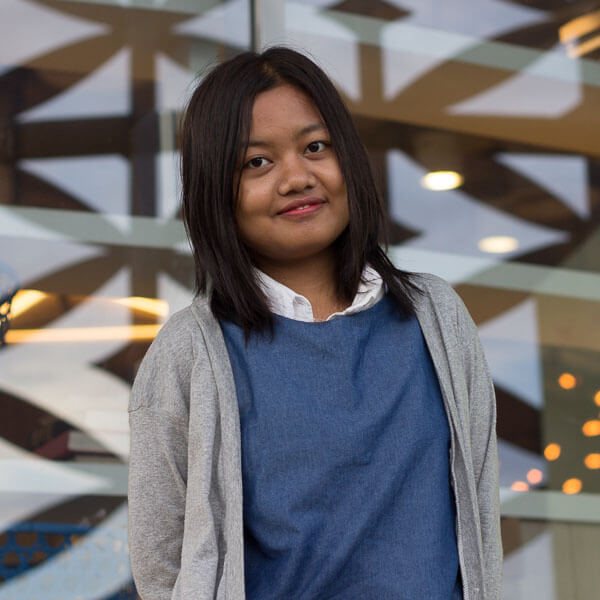 My name is Thazin. I am from Yangon, Myanmar. I am 18 years old this year. My family moved to Thailand in 2010 because my father got a job here, and we wanted to stay together. Before leaving for Thailand, my father worked at Myanmar Radio and Television as a reporter, writer, and mechanic. However, despite his long-serving term as an employee, others were promoted ahead of him because of their connections with people in higher ranks. There were a lot of unfair political acts, so he quit. He also quit because the working hours were long, while the income and work atmosphere were very poor. Afterward, my father interviewed at Democratic Voice of Burma for a position in Thailand. He got the job, and so he moved to Thailand.

In 2010—about three years after he started working in Thailand—my father called the rest of the family to settle and live here. I was around 12 years old at the time, still young, and my education was not complete. However, my parents found a Burmese education NGO that prepared students to earn a GED diploma free of cost. Therefore, I decided to come with my mother to Thailand in order to get my GED and continue on for a university education.

When I first arrived in Thailand, I had many difficulties adjusting to the new environment, new people, new language, and new living styles. Compared to Myanmar, Thailand was in much better shape and very developed. Moreover, our family could survive financially in Thailand just on the income of my father. Even though the educational environment of Thailand was very different from Myanmar, I finally earned my GED after five years studying at the NGO.

Thazin, in her own words

I look at everything positively and actually like how my life is going because it is teaching me and giving me many experiences. Struggles I must overcome help me to think more like an adult.

During my studies at the NGO in 2012 and 2013, I worked as a volunteer teacher at the Burmese monastery, Wat Sai Mon, for about six months. I taught the children at the monastery English and Burmese. In 2012, I was one of the Myanmar student representatives in the ASEAN Education Challenge 2012. From 2010 to 2011, I was involved in debate activities, where people shared their knowledge and opinions on the political, social, and educational situation of Myanmar. In 2013 and 2014, I was in the Burmese group that marched for women’s rights and gave speeches and debates all over Thailand. Since 2015, I have interned as a teaching assistant in the Burmese NGO where I first studied the GED.

In conclusion, because of my family’s and country’s situations, I moved to Thailand and have been studying for the GED since. I finally got my GED in 2015, have been working here and there, and am involved in activities such as marching for women’s rights, assisting children in need, joining debates, and helping the students back in the Burmese NGO organization where I studied.

Written by Thazin with editing assistance from Zomia’s volunteer editors. 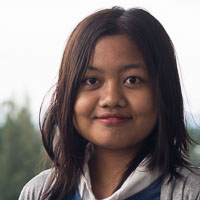 “Access to education is very rare in a lot of poor countries—we should appreciate that we are getting to learn something in the classroom.”

Scriptwriter for movies and dramas

When I finally met my father after three years and saw him teary because he missed me and my sister. That made me feel sad but at the same time glad.

Naive and only good at studying, not good at reading people’s faces and situations!

Learning to speak and write Thai, Korean and Japanese

My mom’s chicken and potato curry

Traveling around countries with children or students with little access to education, and teaching them English/giving them opportunities to learn more about the English language and meeting other people who have the same mindset as me