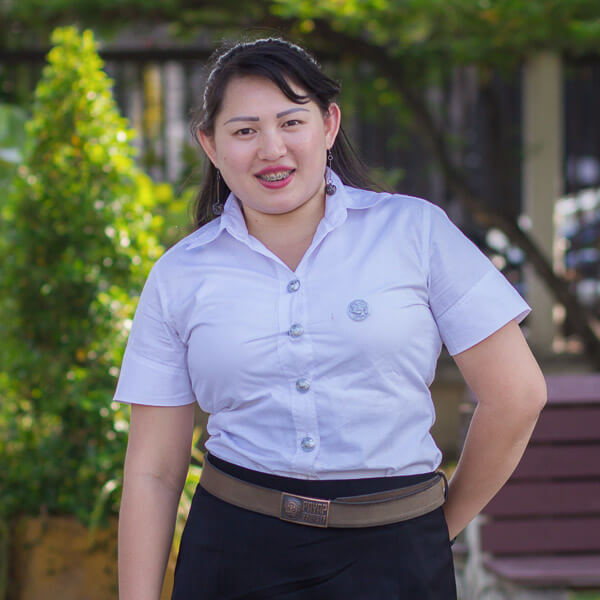 My name is Ah Wang. I was born in 1988 in Mai Young, Shan State, Myanmar. I have five older sisters and one older brother. My father was a soldier until he died when I was seven years old, leaving my mother to take care of the family.

After my father passed away my family had to live separately. My third oldest sister and I went to Yangon to live with one of my father’s masters, and my fourth and fifth oldest sisters went to Yangon to live in a house owned by one of my father’s friends. I lived in several places—Mai Young, Tar Lay, Yangon, Mandalay, Ye Nan Chung, Myitkyina—for one year at a time because my mother could not decide which place was good for her daughters. Finally, she found a place for us at her younger sister’s house in Myitkyina. In 1999 she left us in Myitkyina and went to Thailand. Kachin Independence Army (KIA)

In 2007, my mother called me to go to Thailand because I did not pass my grade eleven exams and she could no longer support my education. I arrived in Chiang Mai in May, and found a job working as a house cleaner for six months. After that, one of my aunts called me to study again. She sent me to a Karenni refugee camp to study women’s rights, basic computer skills, English, and other subjects at a women’s study program for 10 months between 2008 and 2009. I had never heard about refugees before and had never been to a refugee camp. At first I cried a lot. I wanted to leave as soon as possible. But later, when I understood the political situation, I felt sorry for them. After I finished that program, I went back to Chiang Mai to participate in a six-month internship at the Kachin Women’s Association Thailand (KWAT).

During my internship I taught a basic computer class to Kachin migrant people for six months.

Ah Wang, in her own words

When I was young I did not know what my interest was. It turns out the reason was that I was not yet familiar with my interest. I want the next generation of children to be familiar with computers so that they have more opportunities to choose their interests.

I then got a job with KWAT in 2011 as an assistant in their publication program. After a few months, they also asked me to volunteer as an assistant for KWAT’s internship program. I worked at KWAT from February 2010 to March 2013 during which time I also attended a two-year GED program at Bridging Educational Access to Migrants (BEAM). I did this because I did not want to be a worker anymore and I wanted to have lots of chances to study again. Unlike in my country, I could work and study with BEAM, working during the day and studying at night.

I am now studying Information Technology at Payap International University. Since I have a scholarship from BEAM to study I am not only a student but also a part-time programmer at its Migrant Education Integration Initiative (MEII) 2013-2014. I also volunteer at Grace Church’s after school program in Chiang Mai, where I have taught English since 2013.

I have lot of plans for what I will do after finishing at university. First, I will go back and work at my organization Kachin Women’s Association of Thailand (KWAT). I promised that after I graduate I will go back to work as their IT support and engineer, webmaster, hardware engineer, and computer graphics designer. This is what I was doing while I worked there before school, and I want to return because my organization needs a woman who has full knowledge in IT.

I am planning to go the Burma-China border after KWAT because that is where there is heavy fighting between the Kachin ethnic army and national government. During this time of war, the youth have fallen behind other children in education. I believe in the next five years our country will become peaceful and more developed, and I want to help in education as much as I can during this rehabilitation period. 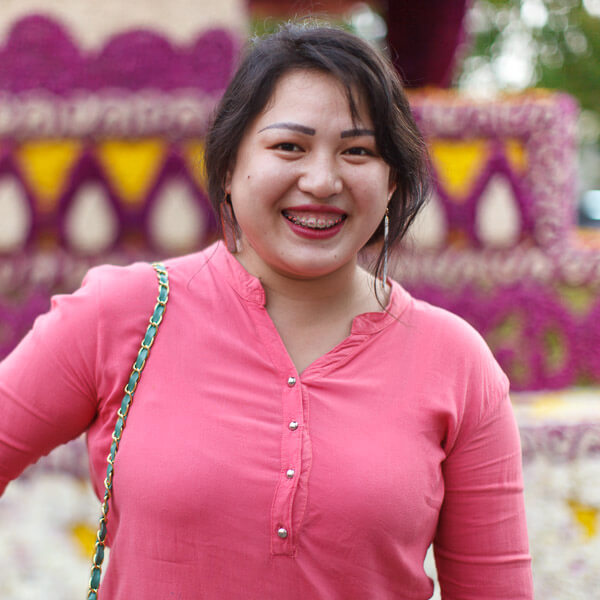 “Most people believe that dream creates plans for future. Based on that believe, I tried to follow and build since 2009. As my dream is being a computer specialist, I seek opportunity to continue my education to build my dream. I got a path to be a computer specialist in 2013.”

When I passed the GED exam

What is the strangest thing you’ve ever eaten?

If you could go back in time, what year or period would you travel to? Why?

I believe in the next five years our country will become peaceful and more developed. I want to help in education as much as I can during this rehabilitation period. 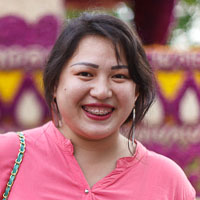