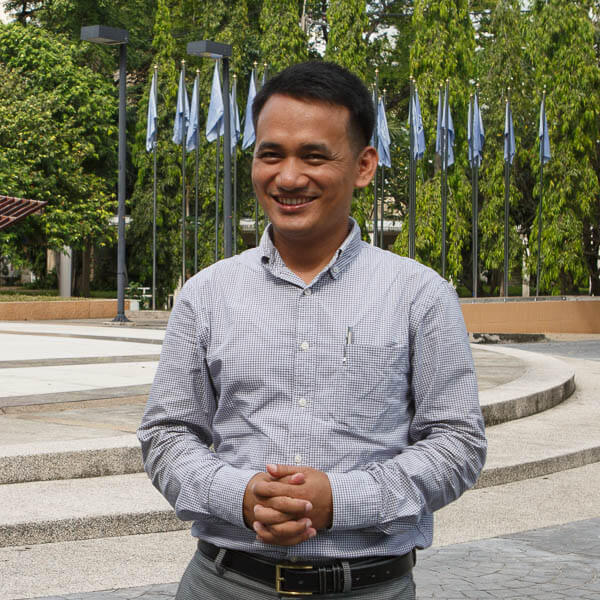 My name is Anui and I am determined to receive a higher education and pursue a career in education with a minor in traditional music. I am a director of the Lainong Literature and Culture Committee which is a local organization taking responsibility for the development of the Lainong language, culture, and children’s education.

Since I was a little boy, I made up my mind to get a higher education and lead our people. Even as a first-generation student, I never let that be an excuse not to achieve academically. I formed student groups and led community development initiatives in health education when I was in middle school since there were a lot of people who were addicted to drugs. I loved helping my community in raising education together with my friends, and I want to continue this spirit of drive and leadership through university. I want to show others in my community that through hard work anything is possible.

Challenges and obstacles are the story of my life. I was born in 1986. I belong to a Naga tribe called Lainong Naga. I am from Lahe Township in Sagaing Division located in Northwest Myanmar. Lahe is one of the very remote areas. In the past there was a saying about Lahe Township—“get to Lahe” they would say if the government staff did not get along with the senior officers. It meant they were posted to Lahe Township where nobody wanted to go because it was difficult to access and live. However, now Lahe is promoted as the capital of the Naga Self-Administered Zone.

I was raised in a home of two older brothers and one younger brother with the support of my lovely mother who did not receive any formal education. My father passed away when I was four years old. I went to a monastery school, which is a free education, for two years. Then, I continued my school at the government primary school in my village. By that time in our village, except for government staffers, the families did not earn money but instead depended on our own farms for living.

What Others Are Saying About Anui

Anui is the type of person who loves learning. He is one of those rare people who works hard and diligently. His efforts have been so fruitful that he has contributed sample teaching materials to other ethnic groups.

My mom, who really wanted me to be a great hero of our people, struggled for my study. She had no money to pay for my school fees, but she borrowed money from others for my tuition fees, reading materials, stationery and clothing. Later on, she paid the lenders back by working in their farms.

Every school break, when other children were happy, I was so worried whether I could continue the next school year because I was not certain that my mom could afford my tuition fees. After school breaks I would see my friends busy with registration for the next school year—collecting textbooks, getting ready and excited for attending school. I could not be happy though since I knew that my mom did not have money for my school fees. My friends would ask me whether I would go to school and I answered that I would not. However, my mom could not see me like that so she really struggled to send me to school, and at last I could attend the school late by one week. The same story remarkably happened every year till 2001, my last year of high school. I had never worn sandals or shoes till the middle of Grade 10.

I could never forget my childhood which was full of hardship, but I never gave up. My friends used to say that what I demand is impossible since I am from a poor family. What they said was right somehow but I have a dream for my future. Between 2001 and 2010 I was involved as an organizer with various groups and activities, including the Lainong Youth Organization and the Naga National League for Democracy (NLD). Then, in 2010, I return to Myanmar to pursue an education. I continued my graduate studies through distance education at Mandalay University majoring in history and graduated in 2014.

I have two specific plans—one is to set up a private school in my village, and the other is to get involved in educational administration within the government of Myanmar.

It is my belief that though life is full of confusion, bitterness, and worry, we always have a chance to help our families, communities, country, and world by thinking of the future and having great hope. Nothing is impossible. I have gained a lot of knowledge, love, and trust in my community which I hope to be an example for my people. I could develop the Lainong Naga’s orthography, produce Lainong traditional storybooks and songs, and develop a kindergarten curriculum with the ministry of education of Myanmar.

No one holds an MA degree in my community, and there are just a few young people who hold a BA. My step of studying an MA will be the first example for my poor community as well as for those in the world who really have challenges in their lives.

Written by Anui with editing assistance from Zomia’s volunteer editors. 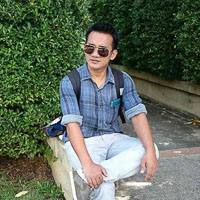 “I am driven to be the best I can be through a quality education in the university. The only thing that I am lacking is the finances to support this drive. Receiving a loan from Zomia will allow me to achieve my dream of becoming an educational leader who can serve the community’s needs best, and continue strengthening my limitations and background.” 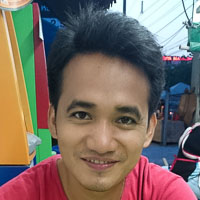 “It is my belief that though life is full of confusion, bitterness, and worry, we always have a chance to help our families, communities, country, and world by thinking of the future and having great hope. Nothing is impossible.”

A walking trip to my home which took 24 hours

Start a good school in my village

No one holds an MA degree in my community, and there are just a few young people who hold a BA. My step of studying an MA will be the first example for my poor community as well as for those in the world who really have challenges in their lives. 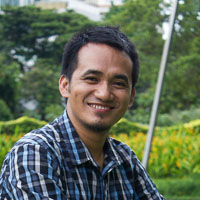