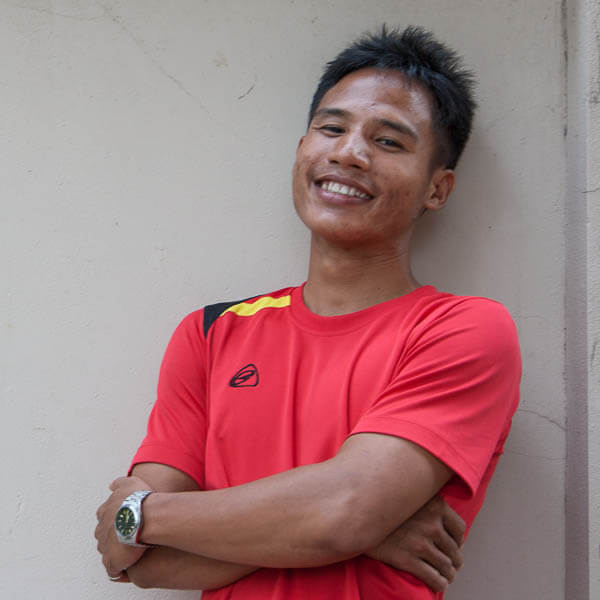 My name is Day Chit. I was born on November 10, 1992 in Pertayder village, HpaPun District, also known as Mutraw District in Karen State, Myanmar. I grew up in a poor family. In fact, my family previously had several properties such as rice fields, buffaloes and cows. However, in 1996, all of my family’s properties were seized by the Burmese military. That year, my family moved to Dae Pu Noh and stayed there as internally displaced person (IDPs) until now. Growing up in a conflict-ridden area was a terrible experience. My house was burnt down by the Burmese military three times, and many of my relatives were killed by them–including my father, who was shot dead in 1993.

I started going to school at the age of eight in my village, Pertayder, and completed grade twelve at New Generation School in 2010 in Dae Pu Noh. The civil war really affected my education from grade one to grade twelve. I had to flee my home and school very often and hide in the jungle. My school was frequently closed, and I sometimes had to study in the jungle

At that time, we were not able to bring our school stationeries with us; therefore, we used the ground instead of books and sticks instead of pens and pencils. Many of my friends dropped out the school while they were going through this kind of bitter experience. Some of them became child soldiers, too. As for me, I firmly decided that I would not give up until I finished my high school.

After completing high school, I had planned to continue my studies. However, there was no higher education program in my local area. It is also impossible to go and study in the cities of Myanmar because my high school certificate is not recognized by the Burmese government; it is only recognized by Karen Education Department (KED), which is under control of the Karen National Union (KNU). As a result, I started working with the Free Burma Rangers (FBR) from 2012 to 2013.

In early 2014, I met with Daniel Pahdoe when he came and attended FBR training, and I talked to him about continuing my studies. Then, he arranged for me to come and study at Minmahaw School on the Thai-Burma border. I attended Minmahaw from 2014 to 2015. After that, I applied for the Australian Catholic University (ACU). Fortunately, I was accepted and I started studying at ACU from July 2015 to March 2017.

Day Chit, in his own words

My goal is to return to my country Myanmar and work with the peace process team as a politician after Chiang Mai University.

After ACU, I still want to keep on studying, so I applied for Chiang Mai University in Chiang Mai, Thailand. My goal is to return to my country Myanmar and work with the peace process team as a politician after Chiang Mai University. Some peace teams such as the Union Peace Dialogue Joint Committee and the Union Peacemaking Working Committee have been founded so as to solve the armed conflicts. It is really a good start, but I think there are many things that need to be done and many gaps that need to be filled to reach real peace in Burma. I have planned that I will contribute to the existing process and make it better. I will put the peace process as my first priority in Burma. According to the development theory that I have learned, there should be peace first. After that, development programs such as infrastructure or economic development should be followed.

To achieve peace, I will try to arrange for all of armed groups to join the peace process with at least two representatives from each armed group. Meetings will be held every two months to discuss our problem face to face. If we meet and discuss, we will understand what our problem is and know how to solve it together. Peace requires fairness, justice, mutual respect, mutual understanding and mutual love. For instance, it is necessary to respect our diversity, no matter whether we belong to the minority or majority ethnic groups. I know none of the ethnic armed groups want to surrender; therefore, we need to negotiate and find a win-win solution.

In order to achieve this, I think there is a way, which is a federal union of the military groups. The reason is because different ethnic military groups do not want to join other military groups. For instance, the Karen Army does not want to become the Burmese army; the Burmese Army does not want to become the Karen Army either. Therefore, the best solution I will implement is to form a federal union of the military in Burma. I am sure that it will take time to end the civil war. There will be a lot of obstacles that we will have to face before the goal is reached, but I will try to participate with both the stakeholders in my country and the international community including the United Nations to have peace in my country. It is my strong hope that I will try to be a peacemaker who helps to end the world’s longest running civil war.

Written by Day Chit with editing assistance from Ken, one of Zomia’s volunteer editors. 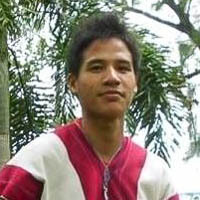 Giving speech in front of the public

It is my strong hope that I will try to be a peacemaker who helps to end the world’s longest running civil war.