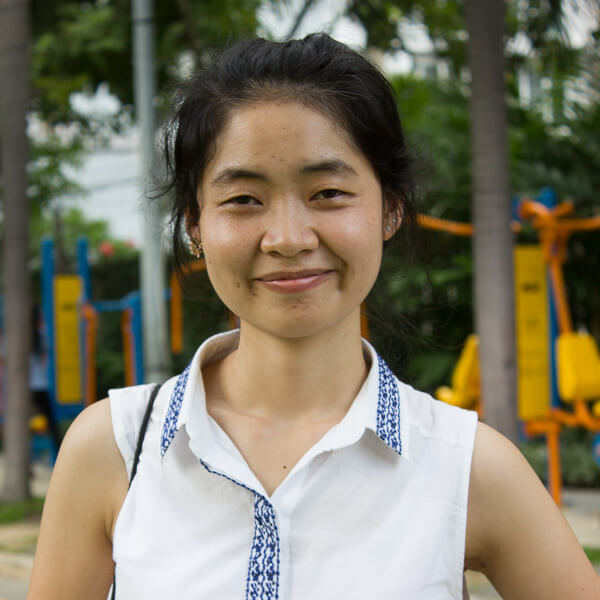 I’m Ja Ja, a Chinese descendant, born in Kutkai, Northern Shan State, Burma. My birthplace is a mountainous region where we have long, freezing weather in winter, and heavy rain during the rainy season. Summer is quite short with less heat. Our family was made up of six people: my parents, me and three younger siblings. My father was a truck driver and my mother a dependent. Our family was not rich but my dad earned enough money to send all his kids to school.

Life was going quite fine until my dad became addicted to drugs. To recall memories from the 1990’s and 2000’s, our village was quite famous for opium plantations and most of our villagers’ livelihoods depended on opium planting. Plenty of manual jobs were offered to villagers to work in the fields and almost every household had enough or more than enough money to spend. Trading and business were good because the government didn’t really take any action against opium plantings in a remote area like my village.

It’s not a surprise that my dad became addicted to drugs since there are countless people like him in my village regardless of gender, race, and age. After my dad became the victim of drugs, he quit driving, stayed at home, and minded nothing at all. Life became harder for my family, and my mom had to work to earn money to make ends meet for her kids’ schooling. I was fortunate enough that I could accomplish my secondary education with some help from my relatives.

Upon finishing grade 12 in 2005, I taught at a local education center to earn extra money to go to university. Yet, when I learned the exact costs of going to university, I gave up hope to continue higher education because the fees were expensive and unaffordable for my mom. Afterward, I left my hometown and came to Mae La refugee camp for better schooling in 2007.

When I first arrived, I attended sewing training and some non-formal education. One year later, I was accepted to study at the Anglican Language and Computer Center (ALCC) where I learned English, computer, accounting, and basic Thai reading and writing.

Ja Ja, in her own words

If my country’s economic policies do not deviate from the effective ones, the whole nation will get a better education and lifestyle instead of migrating to another country.

In March 2010, while I was still studying at ALCC, I tried to sit for an entrance to study for the General Education Development (GED) exam in preparation to go to a university via scholarships.

My plan to go to a university changed when I passed my GED because I had to work to support my family. I gained a lot of experience and was quite motivated by the people I encountered while working for the International Rescue Committee (IRC) as a research assistant in Mae Sot. Additionally, I also met people from different ethnic groups from all over Myanmar, and interacting with them taught me to appreciate and value the people around me though they come from a different background, society, religion and perspective.

My job with IRC was to conduct interviews in Burmese migrant communities either within or outside of Mae Sot. Sometimes the in-depth interviews revealed to me a lot about their struggles for a better living standard here in Thailand. They often told me about their uncomfortable working conditions, poorly paid jobs, how they were mistreated by their employers, how hurtful it was for them to send their children to the workplace instead of to school.

Listening to their stories, I came to realize that our country’s unstable economic situation had created the need for a better way of feeding its citizens. If my country’s economic policies do not deviate from the effective ones, the whole nation will get a better education and lifestyle instead of migrating to another country.

Currently, I am working for a travel agency in Bangkok. This job gives me valuable experience interacting with people from other countries. I feel that I am left so far behind that I’ve even lost traces of modernization. I can’t make my voice louder, and I don’t know how to advocate for myself when it comes to promoting for a higher position. The work makes me see Myanmar as a developing and emerging country after democracy was introduced. However, the gap between the poor and the rich is still the same as before. As it’s always been my uttermost dream to obtain a degree, I decided to pursue my education again to improve myself, my country, and the generations to come. As Nelson Mandela famously said, “Education is the most powerful weapons you can use to change the world.” 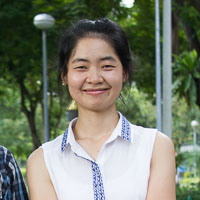 “My father passed away when I was only 11. The feeling of losing someone you loved at a young age was so overwhelming and I was mentally affected […] Even though I felt humiliated and annoyed, I kept what my mom told me in my mind and carried on. Today, I am an independent, optimistic and a cheerful girl so full of life and confidence. It’s not a sin that I had have such a childhood.”

Living with both my parents as a loving family

Quiet and easygoing, cooperative and helpful

I’d be a graduate working in a related field

As it’s always been my uttermost dream to obtain a degree, I decided to pursue my education again to improve myself, my country, and the generations to come.