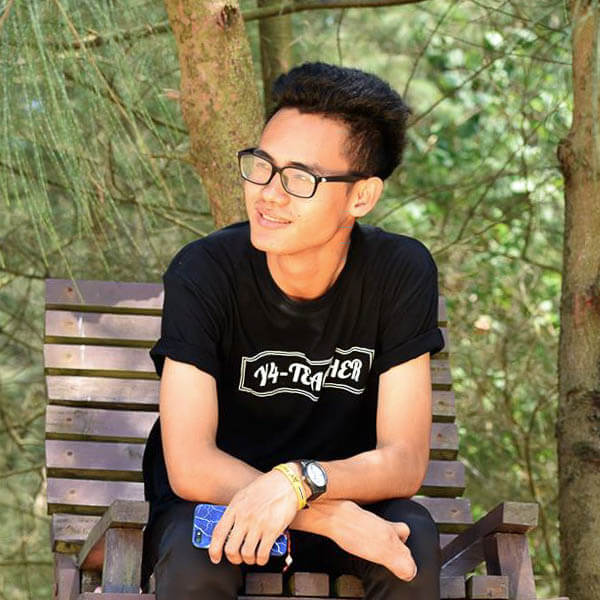 My name is Jim, and I was born in 1997. I am the second of three siblings. I currently live in Ranong, a city in southern Thailand. I was born in a village located beside the Salween River in Karen State. My father was forced to leave Myanmar because there was no work. Later, he got a job in Ranong, so my mother looked after all of us by herself while my father supported us from far away. I lived there until 2007, when my mother decided to move to the city, Hpa-An.

In 2009, due to financial problems, our whole family moved again to Ranong, where my father had been working for more than 20 years. In 2002, I started my primary education in my village. Since it was a village school, the expenses and fees were not that expensive. However, the education system was bad, as it focused on memorizing and the teaching methods were not proper.

In 2007, my mom decided to move to Hpa-An, so I started my secondary school education there. Fortunately, when I moved to Ranong, I had the opportunity to continue my secondary education at a Burmese migrant learning center. At that time, I was 13 years old and my father worked to support the whole family as well as our education. Although we faced difficult challenges financially and social issues living in Thailand, my father worked hard for me to become educated. We faced discrimination among Thai people, low salary, and living in a society with different kinds of bad attitudes.

After four years of secondary education in Ranong, I was asked to be a volunteer at a migrant support center. I taught basic English language and computer skills to Burmese migrants. At the same time, I volunteered as a teacher at Burmese learning centers. In 2013, my whole family left Ranong to settle back in Myanmar. However, I stayed behind to continue pursuing my education. I became a formal staff member at Marist Asia Foundation as a teacher, where I taught math and English.

What Others Are Saying About Jim

Jim is a positive, open-minded, critical-thinking young man. He is a good listener, accepts help and comments. He likes to share his knowledge with less fortunate people. It is a privilege to see him developing from a teenager to the man he is now.

Moreover, my education continued. I attended an Intermediate English class and studied in my free time. I dreamt of studying in a university. In Ranong, Marist Asia Foundation has a partnership with Australian Catholic University, offering an Online Diploma Program. It was my dream to be accepted into the program, so I worked for half of the day and studied during the other half.

I passed the entrance exam for the Online Diploma Program in 2014. There were eight subjects in total and the program was 18 months long. In May 2015, I graduated with a Diploma in Liberal Studies. After that, I studied in the English Preparation Outreach Project (EPOP) for six months so I could take the Test of English as a Foreign Language (TOEFL). In December 2015, I passed the TOEFL.

In 2016, I began applying for scholarships to study at various Bangkok universities. I was on the waiting list for a Child’s Dream Scholarship and was later moved to the intake list. However, due to my family’s financial problems, I had to let go of the opportunity.

I applied again in 2017 but wasn’t selected. Since the TOEFL score is only available for two years, I took the TOEFL again in March 2018 for my university and scholarship applications. In 2018, I was admitted to Assumption University. However, I haven’t been awarded a scholarship, and the program is very expensive. I have since applied to and been accepted by Walailak University.

As a migrant, educational opportunities are rare. Higher education is even rarer. Few migrants are awarded scholarships to study at universities. Although all my work experience has involved teaching, my dream is to become a successful entrepreneur.

Once I graduate, I have a dream to open my own business in my hometown in Myanmar employing young people. In my community, there are many young people who are unemployed, which causes persistent poverty. The focus of my business will not be solely on profit, but instead on providing opportunities, training, and life skills to young people. I believe I will be able to help my community by providing this kind of support.

Written by Jim with editing assistance from Zomia’s volunteer editors. 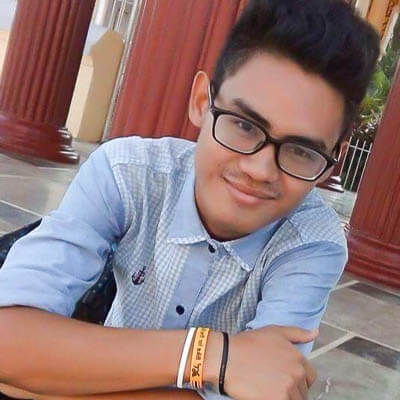 “In the future, I want to be a successful entrepreneur. I hope to establish my own business which will benefit society by providing training and educating youths to get life skills so they have good jobs in the community.”

Start my own business

Jim is an outstanding individual who has overcome various difficulties. His thirst for education has been consistent. He is intelligent, hard-working and deserves a chance to achieve his potential.