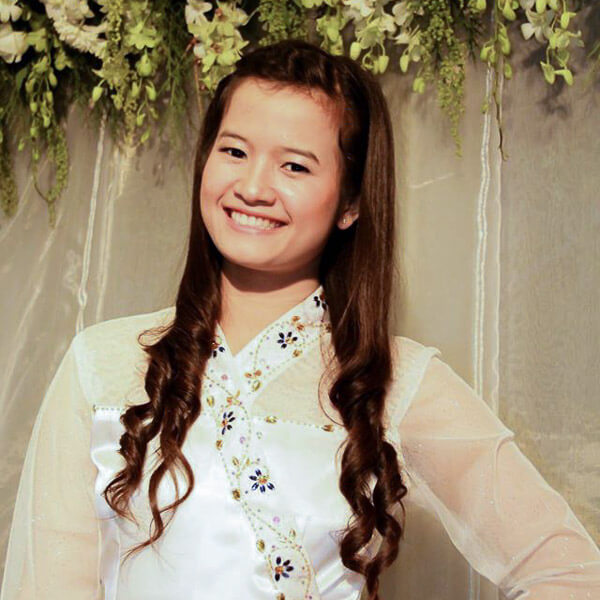 My name is Lin Kham. I was born in 1987 in Southern Shan State, Myanmar. My mother worked as a farmer and my father became a soldier. My parents divorced when I was five years old. They both now have new families. My mother and grandfather had to work on a farm and my grandmother took care of our food at home. When I was ten years old I had to leave the school to help my mother work on the farm.

In 1999, my father asked me to come to Thailand with him and my step-brother to continue my education, and my mother allowed me to go. When we arrived in Thailand, we had to stay in House of Hope orphanage. My mother visited sometimes but my father went away and I have not seen him since.

In House of Hope I studied Thai, English, and Shan. We had classes and did all the activities at the house. At first, House of Hope was in Chiang Mai, but in 2003 we moved to Mae Hong Son. For many years, I studied in Kosano to try for a Thai school certificate and finished primary level. In 2008, I moved to the School for Shan State Nationality Youth (SSSNY) to continue my study.

After I finished SSSNY in 2009, I worked as a teacher on the Thai-Burma border. I taught Thai to grades 5 through 9 and English to grades 5 and 6. The students did not have enough studying materials, good shelter conditions, food, or sanitation. They had to fight for a better life every single day.

In 2010, I came to Chiang Mai and worked as an outreach official for a community-based organization called Studio Xang. One year later, I applied to study for the GED at BEAM Education Foundation.

Lin Kham, in her own words

Difficulties that I have faced is one of my teachers and motivates me to always move in a forward direction.

When I was accepted by BEAM, I decided to leave my job and only focus on studying for the GED. I passed the GED exam and I am now studying Social Science at Chiang Mai University in the International Program. My first semester GPA was 3.58.

When I left my job to begin my GED study, I moved in with my mother in a small room where I still stay. She works as a housekeeper earning 4,000 baht per month. My father is still a Shan soldier living in Shan State with his family and I do not have contact with him. My chance to study at university came because BEAM gave me scholarship to pay for my tuition fees and Brackett (BREF) gave me 30,000 baht towards living expenses. But I have struggled very much this past year as my mother does not earn enough to support my other school and living expenses.

My motivation to study social science has come from my difficult life experiences and the surrounding social circumstances I mentioned above. I believe that my study in social science is opening me to new learning in many areas and giving me the knowledge and skills to enable me to make a better change for my community.

My biggest aim to study social science is that when I finish my studies I expect to work in my society to be part of community development.