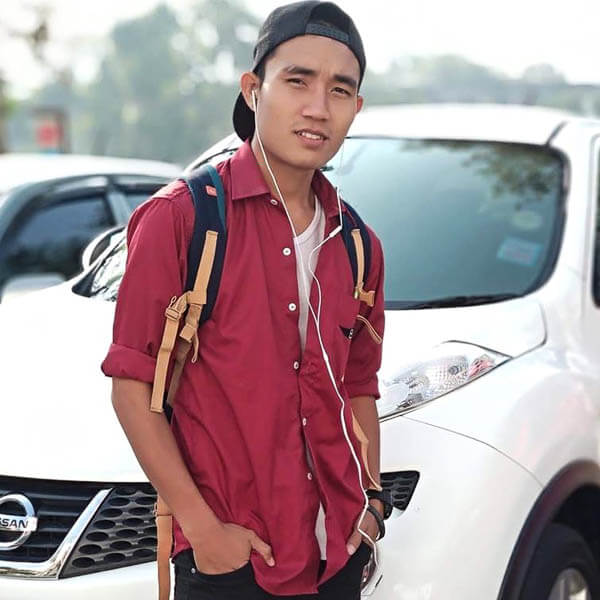 My name is Mi Ji. I was born in a village called Htal Ywel in Hlaingbwe, Karen State. There are four members of my family, including one younger sister.

When I was four years old, our family business began to decline. In order to give his family a better life, my father decided to move to the Thai-Burma border to find a job. Four years later, my mother joined him in Thailand. While they were working in Thailand, I lived with my grandparents.

After working in Thailand for four years, my mother came back to our village to give birth to my younger sister. After my sister was born, my mother did not return to Thailand, instead staying in Myanmar to work as a farmer. When I was fourteen years old, my father returned to our village for the first time in many years. At first, I didn’t recognize him and called him “Uncle.” Later, he decided not to go back to the border and lived with the family in Myanmar instead.

During that time, there was constant fighting between the Burmese military and Karen army in much of Karen State. One day, the soldiers came to our village and burned down many houses and farms. Many young people were arrested and numerous Karen soldiers were brutally killed. Taxes were collected, and rice and animals were also taken from the villagers. In some villages, women were raped by the soldiers.

In those days, people lived in constant fear of the Burmese soldiers, enduring torture, killings, and burnt homes and belongings. Many children were scared to go to school. However, I kept going to school and continued my education. Due to the widespread fighting, many people left their villages and fled to the Thai-Burma border.

For the same reason, my father and I left in 2006 and went to Mae La Refugee Camp on the Thai-Burma border. After living in the camp for three months, my father moved to Bangkok to find a job and left me at the Thirisanda Monastery to continue my education.

What Others Are Saying About Mi Ji

Based on his grades, attendance, and class participation, I would rate his academic performance superior compared to others. Mi Ji is always ready to take initiative to help. He is not one who will refuse to take on any kind of challenge, whether academic or personal.

During my first year at the monastery, I was bullied since I was one of the youngest students. However, three years later I graduated from high school and returned to my village to meet my mother and sister.

I returned to the camp and continued my post-ten education at Pu Taw Memorial Junior College (PTMJC). While studying at PTMJC, I continued living at the monastery. After finishing at PTMJC, I was accepted to attend the General Educational Development (GED) program run by Social Action for Women (SAW). I was allowed to stay at Children’s Crisis Center (CCC) while completing the program.

While I was living and studying at SAW, my responsibilities included doing agricultural work, engaging in an income generation program, and growing vegetables. We sold our produce in local markets two days a week. I passed my GED examination in April, 2017.

After passing the GED exam, I decided to join the social science program at Chiang Mai University. I have experienced so many challenges in the university. One of them involves finances. Since my father is getting old, he does not want to work in Bangkok anymore. Instead, he would like to return to our hometown to live with my mother because they have been apart for many years.

My mother is now alone since my sister is attending university in another place. As an older brother, I am very proud of my sister and her academic achievements. From the time we were young, my parents always wanted us to receive a good education and contribute to society when we got older. Unfortunately, my family has not enjoyed a meal together for many years since we have been struggling on our own in different places.

My dream is to become an effective social worker. My experiences in social work have given me a foundation for my future career. In the present time, most ethnic armies including the Karen army have signed a ceasefire agreement with the government. As a result, in the near future it is likely that people living in the camp will be sent back to Myanmar.

My parents were very happy that I was able to work for migrant people and make contributions to the migrant community before enrolling at CMU. After earning my degree, I will go back to share my knowledge and experiences with people in my community. 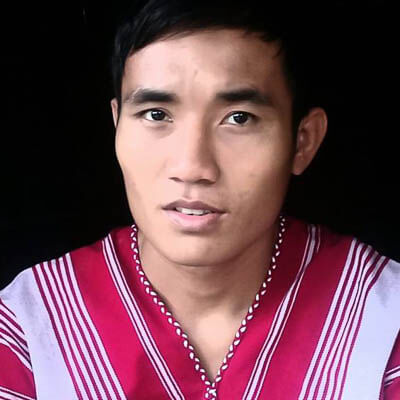 “When I was fourteen years old, my father returned to our village for the first time in many years. At first, I didn’t recognize him and called him ‘Uncle.’” 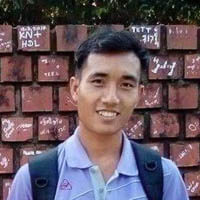 “My parents were very happy that I was able to work for migrant people and make contributions to the migrant community before enrolling at CMU.”

I want to work with local people and share my knowledge with them.

I want to help my community in Thai-Burma border in terms of education.

A good teacher and head of family

After earning my degree, I will go back to share my knowledge and experiences with people in my community. 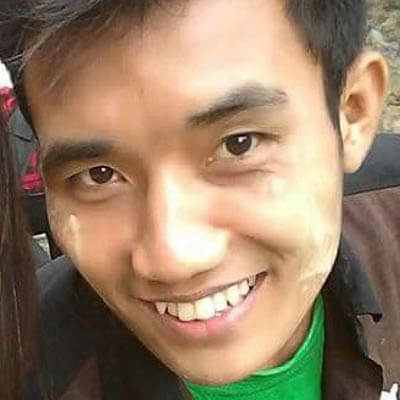