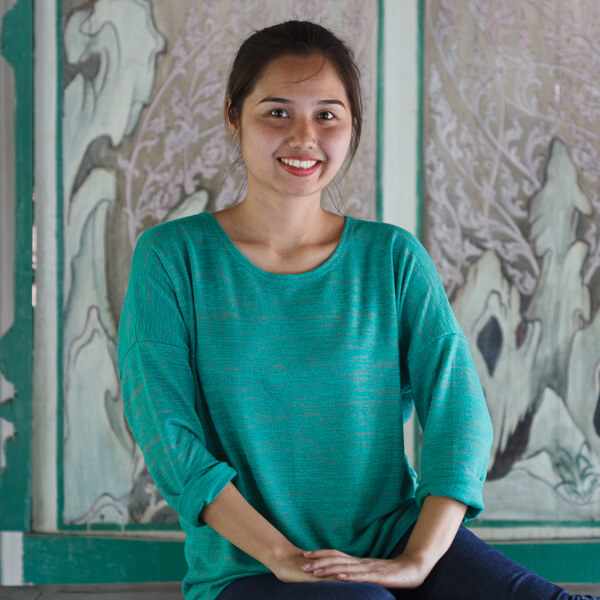 My name is Say K’Bleet and I am 22 years old. In this essay, I want to tell you about myself and my parents. I was born in Karen State, Burma. My immediate family is my parents, younger brother and two older sisters, but my extended family of grandparents, aunts, uncles and cousins is very large. My father was a Karen soldier and my mother was a medic in the Karen army, so my very early life involved moving from place to place in Karen State. Today, they both work together as farmers on a small piece of land on the Thai side of the Thailand-Burma border. My mother’s father was also a Karen soldier, and before Burma independence was a soldier with the British Army. During World War II, he was one of the soldiers who stayed behind in Burma and worked in the resistance to free Burma from Japanese occupation. I am inspired by his heroism and it has always been an influence for my life.

My family left Burma when I had just finished nursery school because the SPDC (Burmese soldiers) attacked our village and it was no longer safe to remain. Over the next two years, my family moved to many places along the border,

spending some time in Noh Poe Refugee Camp, Mawker Camp, Umphiem Camp and then a Thai-Karen village called Huay Nam Nak. At the time we were staying in Mawker Camp, the Thai authorities made the decision to move the refugees from there to Umphiem Camp. I had begun primary school in Mawker Camp, learning under a thatch roof and earth floor with my friends. I continued my primary schooling in Umphiem Camp, but this was a time of different opportunities for my family. My father had kin in a Thai-Karen village located on the Mooei River located 45 kilometers from Mae Sot. By moving to this village, my family could obtain the Thai identity card, so he decided that would be best for our family.

When my family moved to Huay Nam Nak village, they left me and my sisters behind in Umphiem Camp so that we could continue our education. While my life until then had been unstable with many moves, and sometimes running from gunfire, I always had the security and love of my family. For the first time in my life, I was separated from them, living with an aunt and uncle I did not know very well. I was twelve years old and would only see my parents once or twice a year for the next five years. Sometimes I was very sad but I tried hard for my school.

Say K'Bleet, in her own words

After graduating I dream of working with an organization that helps students in refugee camps increase their education level.

I finished tenth grade in Umphiem Camp in 2009. I wanted to continue my studies but I did not know how. My parents called me to return to the village as they had heard about a new migrant post-tenth grade school to begin that year in a nearby refugee settlement called Thoo Mweh Khee. I realize now that was a major life step for me because in just five years many things in my life have changed. After sitting the entrance exam, I was accepted as one of the first thirteen students in this school. Over three years, until my twelfth grade graduation, my English improved and I learned many other things about the world, not just the border area where I grew up.

As graduation came closer, our school director encouraged me to continue my studies at BEAM in Chiang Mai to prepare for the GED. I had dared to dream that I could be the first in my family to attend a university. Now it has happened and I am nearly finished with my first year studying International Relations and Development at Rangsit University. But it is not easy for me and my parents. This past year I have only one ongoing scholarship that pays my fees. My sister who is a teacher aide helps me, and my parents also help as they can, but now my father is not well and cannot work as he used to. I still hope I can continue to finish the university and move on to the work that is my goal. 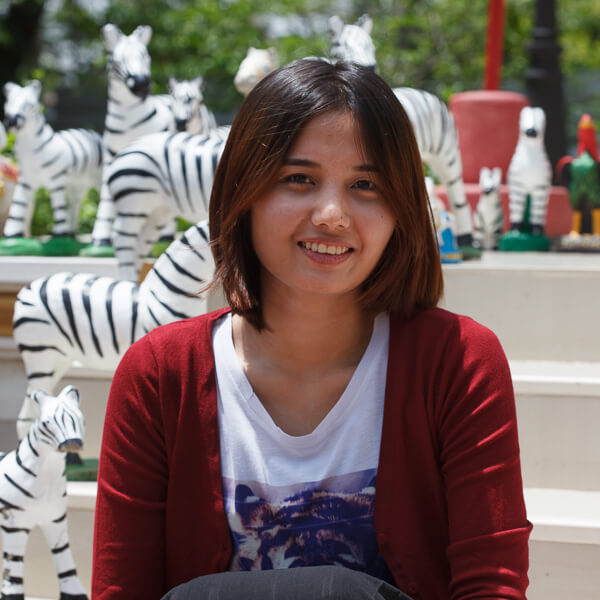 “During World War II, [my grandfather] was one of the soldiers who stayed behind in Burma and worked in the resistance to free Burma from Japanese occupation. I am inspired by his heroism and it has always been an influence for my life.”

What has been the most challenging aspect of university life?

To decide things on our own

What was your favorite class last semester? Why was it great?

Which website do you spend the most time on?

What is the strangest thing you’ve ever eaten?

New Zealand because it is a very peaceful and beautiful country

My hometown back in Burma, Karen State

I had dared to dream that I could be the first in my family to attend a university. Now it has happened and I am nearly finished with my first year studying International Relations and Development at Rangsit University. 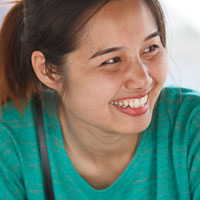