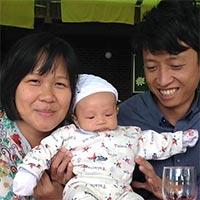 In February 2017, Shining made her final loan payment, becoming the second Zomia student to repay her loan. We are proud of her, both for repaying her loan so quickly (she repaid a $3,000 loan in just 18 months) and for the great work she does promoting peace and educating youth in Shan State. Shining became a mother at the end of 2016! 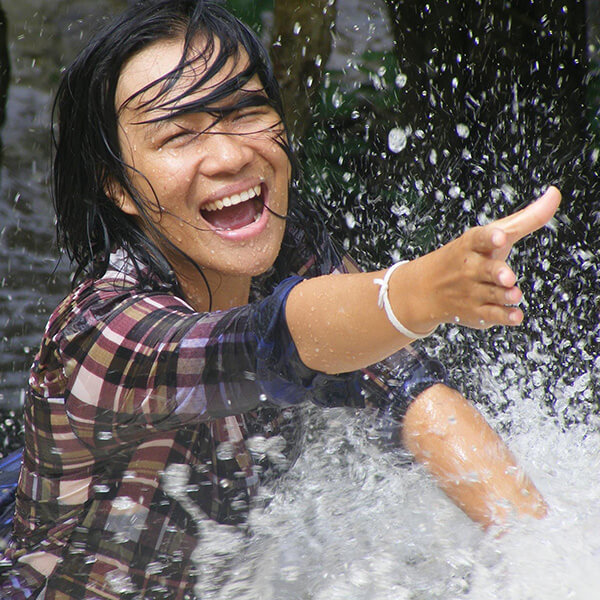 I am Nang Shining, from Southern Shan State, Myanmar. Life has been challenging for me, as I was raised in a conflict zone and am a member of an ethnic minority with limited resources and opportunities. To escape the vicious cycle of political turmoil and economic crisis, I have worked hard to educate and prepare myself to address the difficulties I and my people have faced for so long.

After graduating from Taunggyi University, I left for Thailand for the sake of learning and earning. I quickly realized the importance of networking, which has served as a ladder enabling me to explore my potential by introducing me to good people and supportive environments to work in. I was able to work in a multicultural society where I could learn and earn and, more importantly, use my knowledge and skills to improve society, which is my priority in life.

For more than four years, I worked for nonprofit organizations addressing issues involving the environment and human rights. I served as a researcher for Images Asia and later worked at EarthRights International School Mekong in Chiang Mai, Thailand, where I served as the Alumni Program Coordinator for two-and-a-half years and School Training Coordinator for one year.

My skills include recruiting, supervising, researching and documenting trans-boundary issues, campaigning across borders, planning events and activities, organizing international meetings, facilitating workshops, budgeting, and monitoring and reporting activities. I am very active in organizing and conducting trainings in the areas of peace-building, human rights, and environmental protection in the Mekong basin countries. I speak Shan natively; am fluent in Burmese, Thai and English; and have a basic understanding of Lao. I have experience traveling not only in the Mekong region but also in other ASEAN countries and parts of the United States, Latin America, and Europe.

Shining, in her own words

I returned to my hometown to empower the youth and to raise awareness about the ongoing social and political issues within the communities in Mong Pan so that the people can be aware of their rights and take action to defend them and their natural resources.

In 2008, I earned a Bachelor of Science in Physics from the University of Taunggyi, Myanmar. I later received a Master of Arts in International Development Studies at Chulalongkorn University in Bangkok, Thailand. As part of my master’s thesis, I conducted first-hand interviews with community members to document the environmental and social impacts of the dam project on the Salween River in Southern Shan State, Myanmar. I earned a second master’s degree at the University for Peace, Costa Rica, and finished my education with Zomia’s assistance at Ateneo de Manila University in the Philippines.

In 2013, I established the Mong Pan Youth Association to empower Shan youth and their communities. The Association is intended to catalyze a more active role among youth in building peace and sustainable development. To play a more active role in the regional and international community, in 2014 I co-founded Weaving Bonds Across Borders with two friends from the U.S. and Colombia. We hope to empower communities around the world impacted by conflict, violence, environmental disasters and climate change.

In addition to working with the Mong Pan Youth Association and Weaving Bonds Across Borders, I was married in 2016 and recently became a mother. My life is busy, but I remain devoted to making positive change for society and the environment and will always stand side-by-side with marginalized communities and vulnerable people.

Written by Shining with editing assistance from Zomia’s volunteer editors.

Sit next to someone who loves and cares for me