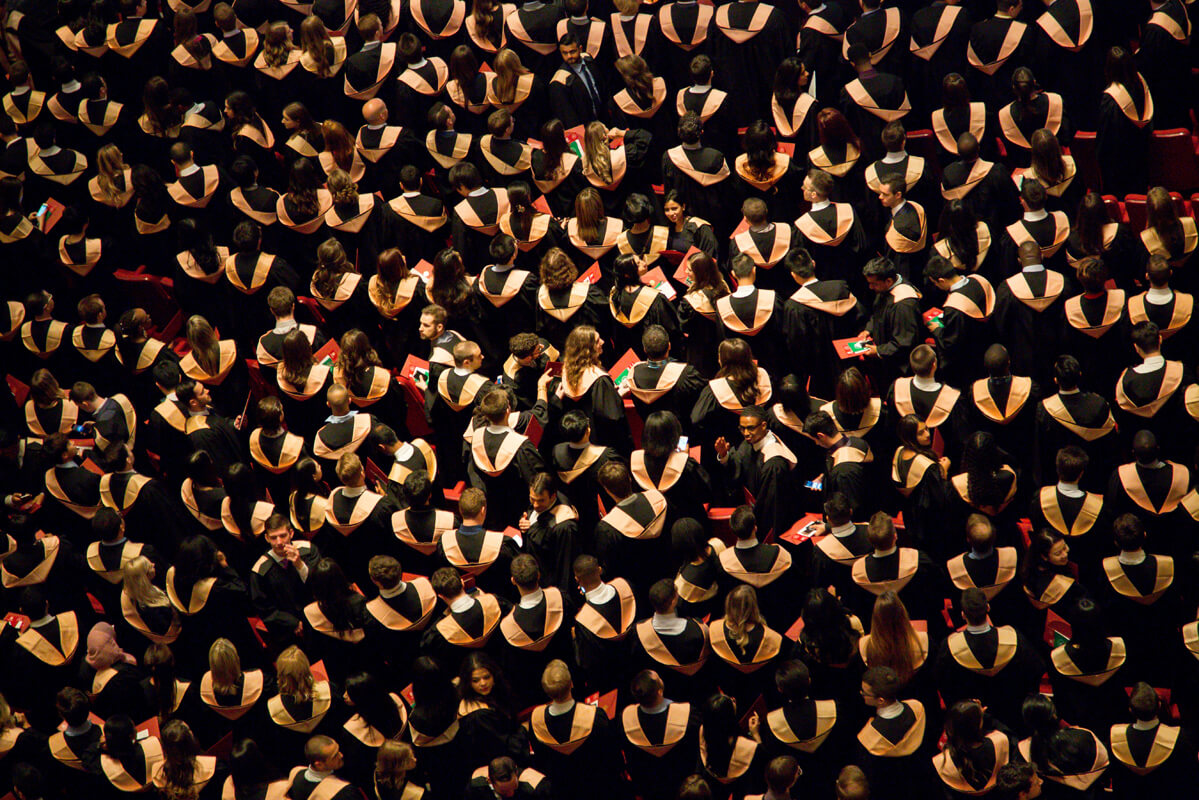 College is expensive and it isn’t for everyone. But for those who can succeed at the college level, higher education grants enormous benefits that impact the life of the student, their family, and have ripple effects across society.

What kind of impact? In 2004, CollegeBoard published the first Education Pays report. The study sought to understand the effects of higher education through rigorous research across years of demographic data. We’ve condensed their findings (we counted discrete 17 benefits) into more readable bullet points. The report serves as a reminder of why we should care about a more educated world.

If you’re more of a visual learner, we also published an infographic of these findings on page 20 of our 2014 Social Purpose Report.

Benefits to the college graduate

Among high school sophomores whose parents were in the lowest income group in 2001, 21% of those who earned a bachelor’s degree reached the highest income quartile themselves 10 years later. 13% of those with a high school diploma reached the same milestone. (2016, p. 33)

4. More likely to be prepared for retirement

In 2015, 43% of high school graduates and 52% of bachelor’s degree graduates were offered a retirement plan. Participation rates in these programs ranged from 73% among workers with less than a high school diploma to 89% among those with advanced degrees. (2016, p.31)

30% of high school diploma adults reported understanding nothing or only a little about political issues. 11% of four-year college graduates reported the same. (2013, p. 31)

7. Less likely to be obese

Among workers ages 30 to 45 with a bachelor’s degree or higher, 56% strongly agree that their jobs require them to keep learning new things. Among those with some college or an associate degree, 44% strongly agree with this statement, compared to just over 30% of those with a high school diploma. (2013, p. 21)

11. More likely to engage in education-related activities with their kids

In 2015, 8% of individuals age 25 and older with associate degrees and 11% of those with some college but no degree lived in households that benefited from [a government-assistance food program], compared with 13% of those with only a high school diploma. (2016, p.35)

In the 2014 US midterm election, the voting rate of bachelor’s degree earners was more than twice as high as the voting rate of high school graduates. Similarly, the percentage of US citizens not registered to vote ranged widely. At the low end, 16% of those age 65 to 74 with at least a bachelor’s degree weren’t registered. This compared to 78% of those age 18 to 24 without a high school diploma. (2016, p. 41)

On Tuesday, voters in the United States will go to the polls as they do every November—and as nearly any […]

Earn a $50 Gift Card as a Monthly Lender

Provide $100 in automated monthly loans and earn a $50 gift card from a retailer of your choice! Among our […]